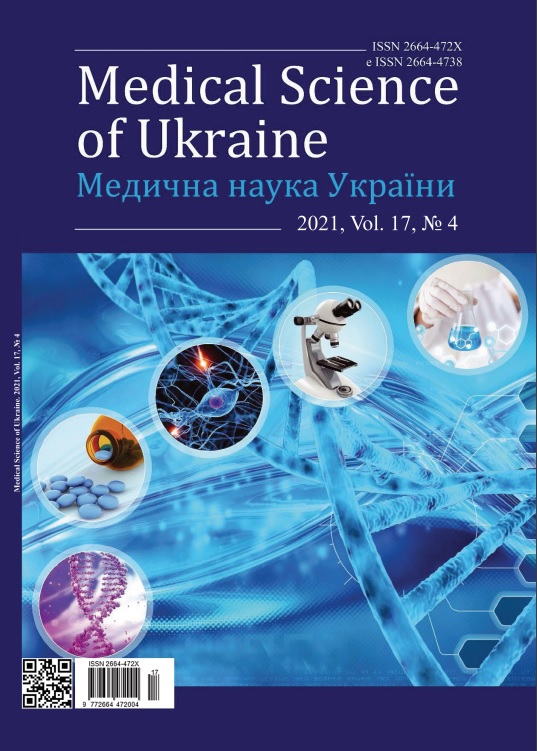 Relevance. Traumatic brain injury (TBI) and its consequences often lead to disability, the progression of both the syndromes that arise after trauma and comorbid pathology. Resistance to emerging therapy dictates the search for new pathogenetically grounded, effective approaches to the treatment of this pathology. Particular attention should be paid to the consequences of mild brain lesions, the number of which is increasing, and their diagnosis is difficult, incl. due to compensation in the early stages of low states, ignoring the existing symptoms, followed by inadequacy of therapeutic measures, which leads to persistent violations of the mechanisms of regulation and adaptation.

Objective of the study was to study sensory deprivation on the dynamics of indices of the autonomic nervous system (ANS), its neurohormonal link and melatonin hormone in patients with the consequences of mild combat TBI.

Materials and methods. We examined 53 patients with the consequences of mild mine-explosive TBI, who were treated with the method of sensory deprivation in a special float chamber. The course of treatment was 10-12 sessions, 45-60 minutes a day. Investigated – neurological status, the state of the ANS: autonomic tone, reactivity, provision of activity, its neurohormonal link (adrenaline, norepinephrine, melatonin), microcirculation in the vessels of the bulbar conjunctiva. A similar examination was carried out after the course of sensory deprivation.

Results. The clinical picture was dominated by stem symptoms, impaired activity of the ANS, limbic-reticular complex with inhibition of the reflex sphere, asthenization, disturbances in circadian rhythms, impaired emotional-volitional sphere, the presence of hypothalamic-stem paroxysms.

Bondarenko LO. The importance of the interaction of internal and external factors in the regulation of functional activity of the pineal gland: dissertation of the candidate of medical sciences. – Kyiv, 2003. 36 p. [in Ukrainian]