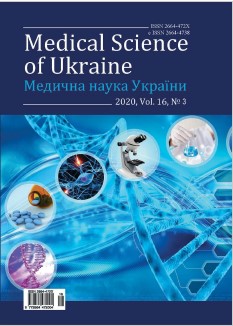 Relevance. Everyday contact of the population with surfactants (SAS) in drinking water poses the problem of timely and prompt substantiation of pre-nosological highly sensitive indicators of early manifestations of biological activity of detergents and operational control over the health of the population and the environment. But today the mechanisms of biotransformation, toxicodynamics, toxicokinetics, and metabolic processes that underlie the formation of structural and metabolic disorders when exposed to a surfactant, taking into account possible long-term effects, have not yet been fully elucidated.

Objective: to investigate the effect of nitrogen-containing surfactants on redox processes in the body of experimental animals.

Materials and methods. The experiments were carried out on 620, and acute experiments on 128 white rats (weight 180-220 g). We used four ionic nitrogen-containing surfactants with specified technical and physicochemical characteristics: FOM 9, FOM 9-4, FOM 9-12, and FOM 9-20. Doses were chosen so as to determine the lethal effect in the lethal dose (LD) range from 0 to 100. The LD50 was calculated. The substances were introduced into the stomach in pure form using a metal probe. The animals were observed for up to 15 days. The time of death of the animals and the total amount of the introduced substance was recorded. The animals were subjected to postmortem examination. Redox processes were qualitatively assessed by the activity of enzymes: cholinesterase, cerulose plasmin, lactate dehydrogenase, malate dehydrogenase, succinate dehydrogenase, peroxidase, catalase, cytochrome oxidase, by the content of SH-groups in the blood, by the concentration of biogenic monoamines.

Results. Nitrogen-containing surfactants caused a change in peroxidase activity both upwards and downwards. In all cases, 1/1000 LD50 was inactive. On the 15th day of the experiment, neonol FOM 9-12 reduced the activity of the enzyme, and other substances did not affect it. By the end of the subacute experiment, neonol FOM 9-4 and neonol FOM 9-12 were reduced, and neonol FOM 9-20 increased peroxidase activity. A similar effect was on the activity of catalase: in all groups, except 1/1000 LD50, on day 30 there was a decrease in its activity. Cholinesterase activity increased. For the content of SH-groups in the blood on the 15th day, there was a tendency to decrease, which turned into significant differences on the 30th day in 1/10 LD50. The effect of 1/100 and 1/1000 LD50 did not violate the content of SH-blood groups. A similar effect was on the content of glutathione in the blood. In a subacute experiment, in groups, 1/10 and 1/100 LD50, the content of norepinephrine, tryptophan, serotonin in the liver increased and DOPA and dopamine decreased. The dynamics of adrenaline did not change. The content of dopamine and norepinephrine increased to a lesser extent in the brain; DOPA and adrenaline did not differ from the control; tryptophan increased only under the influence of FOM-9. 1/1000 LD50 did not affect the dynamics of the content of biogenic monoamines. The tested drugs have a similar effect on the body.

Conclusions. A more toxic substance in a subacute experiment is FOM-9. The severity of violations in the dynamics of monitoring the activity of enzymes has a close dose-dependence. The effective dose is set at 1/10, the threshold – 1/100, and the inactive – 1/1000 LD50. Common features of the biological action of nitrogen-containing surfactants are the violation of redox processes, bioenergy, oxidative phosphorylation, which under appropriate conditions lead to the pathology of vital organs, functions, and systems of the body.

Gudilova G.P., Sorokina I.N. [Some conditions for spectrophotometric determination of the activity of succinate dehydrogenase and cytochrome oxidase in the mitochondria of the brain]. Bulletin of experimental biology and medicine. 1967; 63 (1): 24-6. [in Russian]

Krasovsky G.N. [Average time of death of animals as a parameter for predicting chronic toxicity of substances]. Hygiene and sanitation. 1982; 7: 12-4. [in Russian]

Krivonosov M.V., Sadovskiy A.V., Khalanskiy A.A. [Effect of bioantioxidants on the activity of microsomal oxidation under the action of anionic detergent]. In: Hygiene of the environment and work environment. Collection of articles. Ministry of Health of Ukraine. Kharkov, 1992: 5-7. [in Russian]

Piven V.I., Telegin V.A. [Influence of neonols and efasol on the antioxidant system and redox processes in experimental animals]. In: Hygiene at the turn of the 21st century. Voronezh, 2000. Part 1: 241-5. [in Russian]